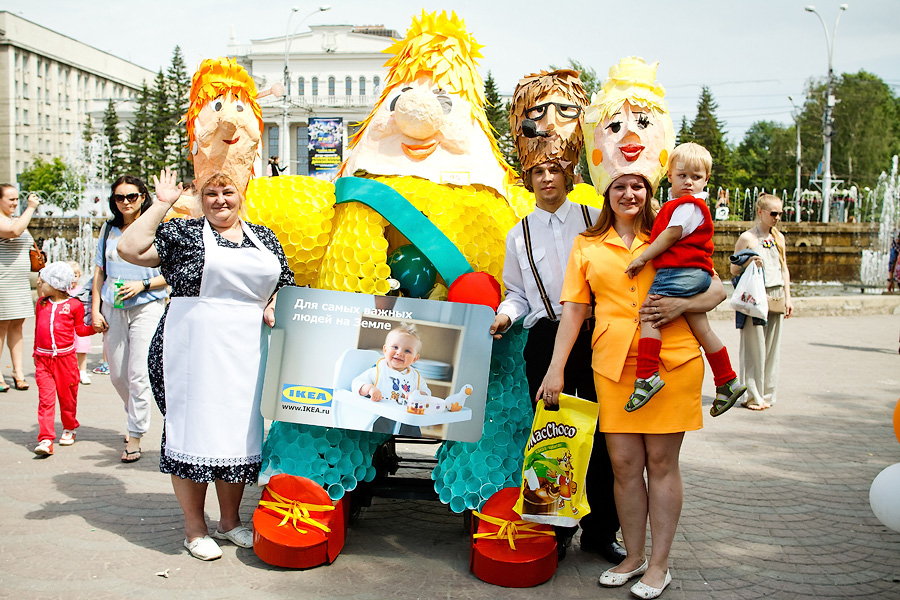 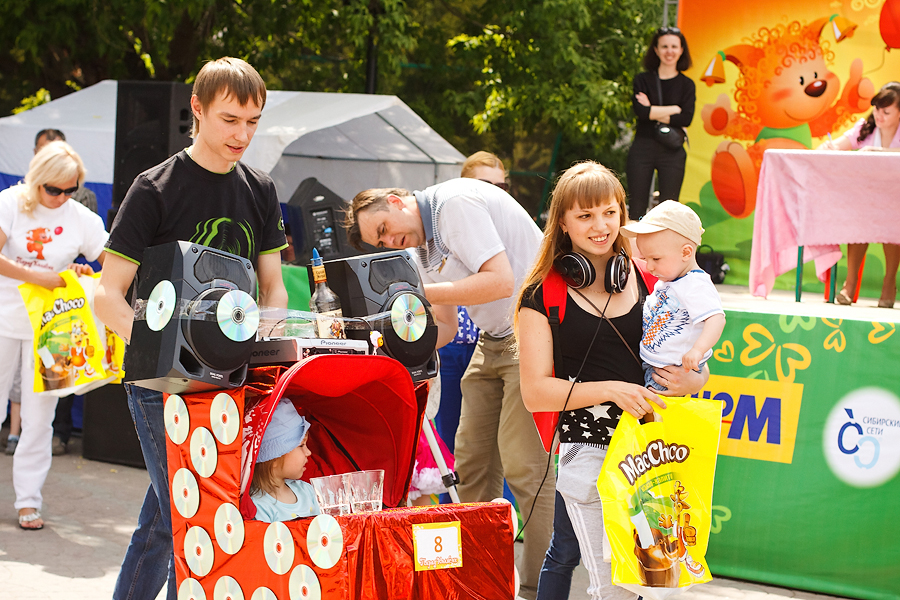 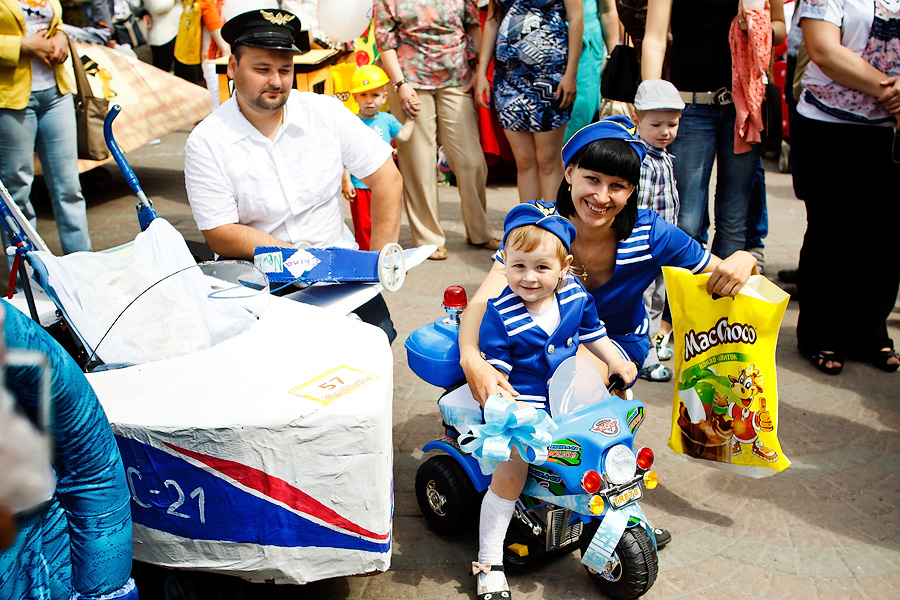 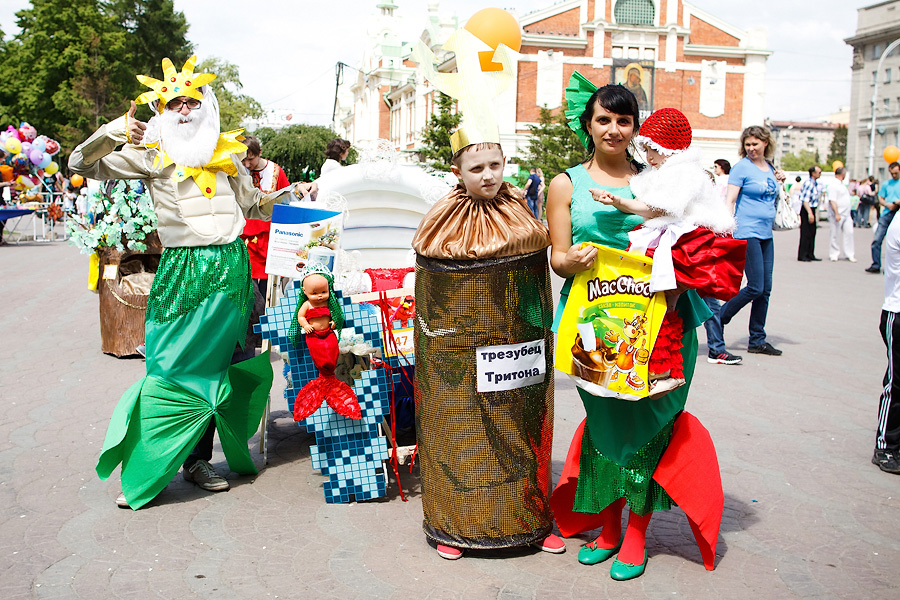 The most exceptional parade was held in Novosibirsk for the third time. More than one hundred “tuned” prams were festively pushed along Pervomaysky public garden on 15 June.

This year really summer weather added even more charm to this funny and creative event. And as the jury members and guests could see with their own eyes, mamas and papas from Novosibirsk had rich imagination and second to none creative talents. Pram Parade participants included airplane pram, a sun, family of Triton- Terror of the Sea, toadstool meadow , turtle and a miracle fish. The spectators and jury members were really touched with «Lillebror and Karlsson-on-the Roof » pram that won the top prize at the end of the day. The number of cups used to make this costume was never disclosed by the authors.… We can say with certainty that this bright and colorful carnival event that each year attracts young talented parents was a great success: much fun, socializing and many gifts.

MacChoco brand could hardly ignore this festivity and prepared a gift for each participant. That day grown-up and the youngest participants of Pram Parade enjoyed the most delicious cocoa drink.