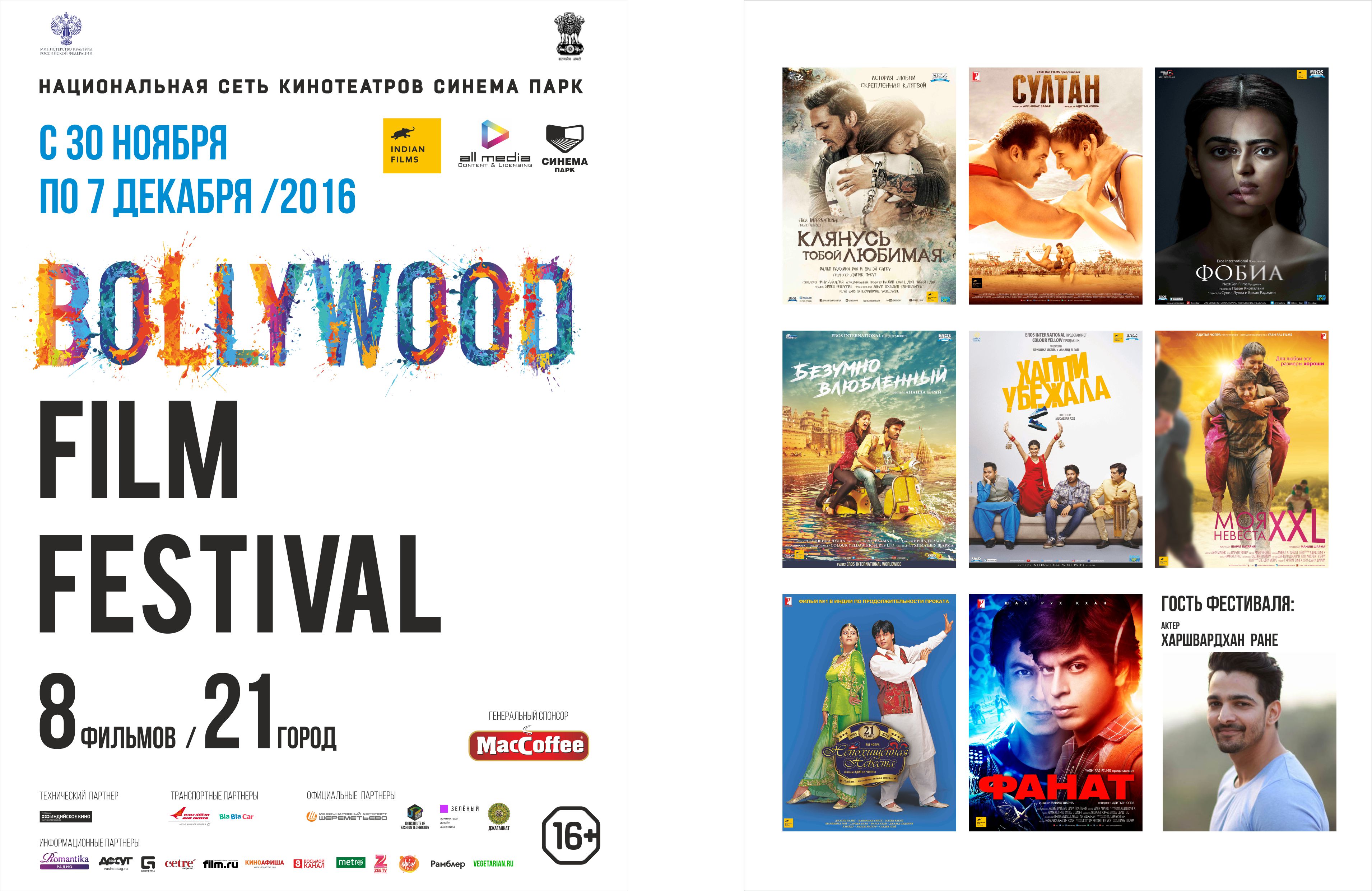 MacCoffee is happy and proud to announce that the company is going to appear as the general sponsor of the Bollywood Film Festival, which will be held from November 30 to December 7, 2016. The festival will provide the possibility to become acquainted with the modern Indian cinematography to the inhabitants of 21 Russian cities, including Moscow and Saint Petersburg. The guests of the festival will see eight fresh motion pictures, and meet Bollywood stars — the actors Harshvardhan Rane, Amit Sadh, and the actresses and dancing twin-sisters Poonam and Priyanka Shah. Did you always love the classic Bollywood films with intrigues, songs and dances? Or maybe you are interested in the “reformed” Indian cinematography, tending to pass up the clichés and to provide competition to Hollywood without losing its distinctiveness? Or maybe you are just facing to discover this unique culture layer? Have no doubt: visit the Bollywood Film Festival and don’t miss the possibility the enjoy the amazing colorful and peculiar world of the Indian cinema. MacCoffee as the general sponsor, helping this great event to take place, will place outdoor advertisement in all the cities embraced by the film festival. Hundreds of posters and light-boxes of the company can be seen in Moscow, Saint Petersburg, Yekaterinburg, Nizhny Novgorod, Chelyabinsk, Ufa, Krasnoyarsk, and in other big cities of Russia. The company will also distribute its’ catalogues and souvenirs, which won’t allow the guests of the festival to stay indifferent for sure, and the logo of the brand will be placed in the trailers and before the film shows. Finally, the company’s logo will be broadcasted on the front of the metropolitan SEC “Riviera” from the side of the Third ring road. Enjoy the taste and the flavor of MacCoffee. Maybe you’ll find your favorite movie among the films presented at the Bollywood Film Festival!