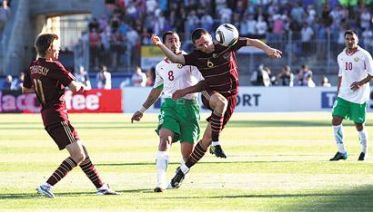 A second leg match between the national football teams of Russia and Armenia was played in St. Petersburg on the 4th of June. During their last game in Yerevan the Armenian defense was unbeatable. However, once on the home ground, supported by their fans on the stadium and those in front of the TVs alike, and powered by a fierce desire to win, our team has finally took over, and now Russia is the leader in the group. We are utterly happy to contribute to its victories in the future and we strongly hope it will show great results at the European Championship. Support the Russian football team together with MacCoffee!