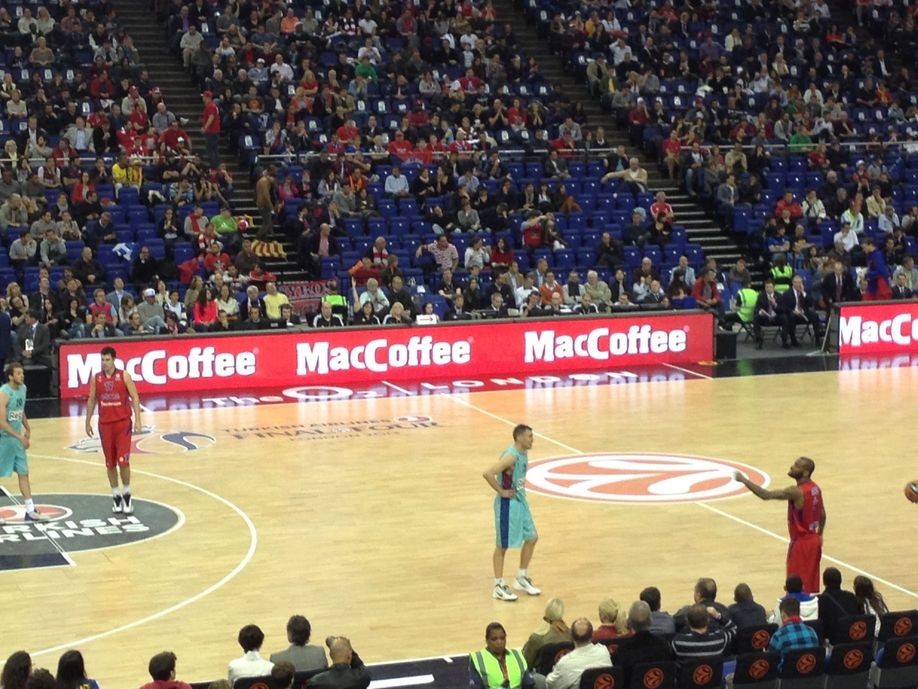 Meet MacCoffee as the official sponsor of FIBA Euro League’s Final Four. The famous competition, attracting dozens of thousands fans every year, is the culmination of the most popular basketball tour of Europe. This year, on May 10 and 12, the finals took place in the capital of the UK. It was the first time London hosted the Euro League finals. This year, the four world’s strongest teams met there: CSKA (Moscow), Regal (Barcelona), Real (Madrid), Olympiakos (Athens). The competition was amazingly spectacular in its unpreceeded intensity of sport struggle. For example, the team from Greece that initially was loosing the match for gold managed to get the victory from the competitors at the end, and became the champion. The Russian team got bronze medal of this tour.

Colourful and vivid MacCoffee banners appeared during all the tour at the LED panels surrounding the basketball grounds, so that all participants and guests of the competition could see it continuously. The tour was broadcasted by the leading international companies, including the Russian NTV+ sat channel; this multiplied the audience by hundreds of times and made the MacCoffee trademark even more known and attractive all over the world. It is also worth mentioning that the most of the tour’s fans and participants are young people that will now become our new friends ever after.

It’s an honor for MacCoffee to participate in one of Europe’s most significant sport events. Certainly, we’re longing for further such an interesting and fruitful collaboration.

Supporting basketball with MacCoffee is really becoming a good tradition!